Hello and welcome!  Today I'm sharing a card that I made for the challenges at Freshly Made Sketches and the Color Throwdown.

CTD661
So many options with that sketch but since I ultimately decided to use a large slimline focal point, I had to flip the sketch from a landscape to portrait. 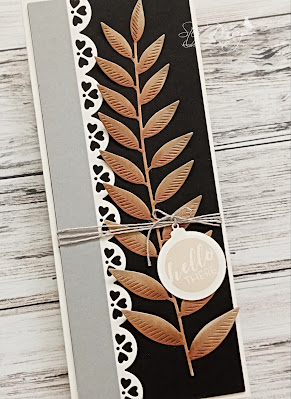 I love the beautiful Etched Tall Leaf Spray and especially in kraft on black.  The spray was die cut from Neenah Desert Storm, then I used some Copic markers to add a bit of dimension to the leaves.  Once that was complete the rest of the card came together in a snap! 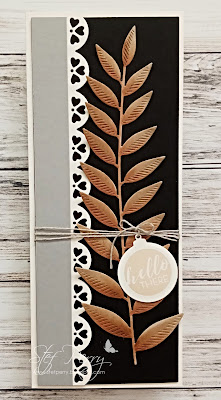 I cut cream cardstock to 8.5" x 7" then scored at 3.5".  Next a separate strip of cream cardstock was die cut with a slimline border die and adhered to a black panel die cut with a slimline rectangle die.  A strip of gray was adhered over the cream edge, then the spray was added to the black side of the panel.  I wrapped it with some linen thread, then attached the sentiment tag.  The entire thing was then mounted on the card base with thin foam tape.  The only thing I would do differently is to stamp the sentiment with a shade darker ink so it shows up better in the photos but IRL it doesn't look that light. 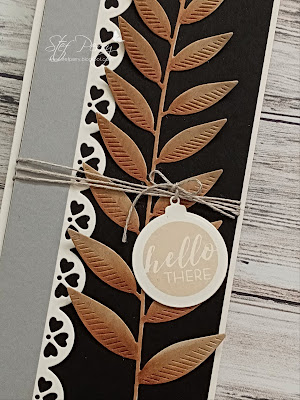 This is so beautiful with the colors - and perfect with the sketch! Thank you for playing along with us at Freshly Made Sketches.

What a beautiful card. I love it.
www.rsrue.blogspot.com

This spray diecut is gorgeous and I love the awesome shading with Copic markers. Thanks for joining us at Freshly Made Sketches this week.

Love that tall leafy spray! Looks so elegant in these colors! Thanks for joining us at CTD!

This card is absolutely stunning Stef - who would have thought that neutrals could looks so good?! 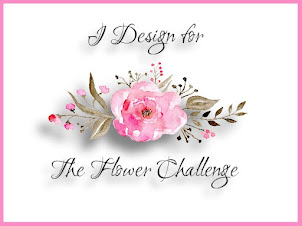 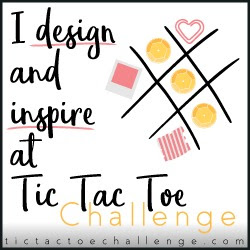 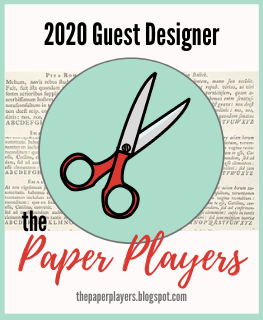 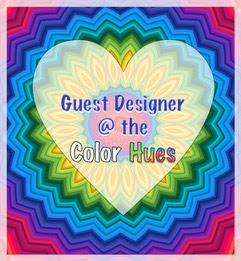 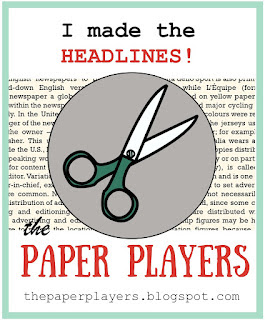 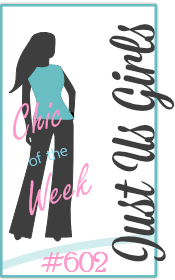 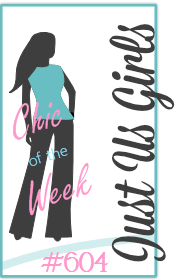